In spring of 1995, I was headed for the new Blue Horizon Lodge in Belize out on Northeast Cay.  I had been fishing Belize for 10 years and was looking for ‘the Permit place’.  I had heard stories many years ago from a customer who went to the Blue Marlin Lodge on South Water Cay who had hired a guide and caught some Permit.   I was overnighting on the way there at the Radisson Fort George Hotel right on the water in Belize City and while looking through the hotels magazine there was an article about the famous “Westby Brothers” in the back of the magazine.  Now I was really excited!

The Blue Horizon Lodge is located right in the famous “Permit Triangle” described in Randall Kaufmann’s book “Bonefishing”. There are large shallow hard bottom turtle grass flats in this area that are very nice for wading.  Actually there are few bonefish in this area because God made it to suit the Permit best.

The BHL had just been built by Lincoln Westby who is one of the most knowledgeable guides in all of Central America . He and his brothers, David and Joel (passed on now), are some of the most famous Belizeian fly fishing guides of all time. As a teenager, David used to guide Joe Brooks while working for the Belize River Lodge.  Their brother Joel was a top guide at the famous Turneffe Flats Lodge.

American fly fisher Will Bauer and native Belizeian Lincoln Westby go way back. They are old Permit chasers and work well together.  Will is a big reason the lodge exist today. Will has developed some of his own Permit patterns like the Bauer Crab and the Mantis Shrimp. I was connected with Will by a friend, custom rod builder Gary Anderson, and it was a great connection for me.

Will Bauer started the Ranguana Lodge in Placencia with brothers Eddie and Charles Leslie in the ’70s. Mike Michalak, owner of The Fly Shop in Redding, CA, was one of the first Americans to fish down there.

After this trip to the BHL we started fishing out of Placencia where we could go daily up to the same area and also go south to the famous Monkey River and the Ycacus Lagoons. For information in that area try Destinations Belize.

Charles Leslie has his own fish camp, Tarpon Cay Lodge, in Belize, on the famous Tarpon Cay. We fished there once to but it was a little “buggy”.  I loved my trip there too. We fished from early AM till noon then I snorkeled all afternoon.

It seemed like Will spent hours on the phone with me in between running his pallet business. He gave me a complete formula for going after Permit in Belize . It was the “ Will Bauer method of Permit fishing“.

First, for Permit in Belize Will recommended a 9′ # 9 line fly rod with a WF10F line for throwing his small/medium size 4 Bauer crabs. He sometimes uses a 10 weight outfit for big Permit. I know because I got him a new Sage 10 weight rod at this time. I think he recommended 200 yards of 30# backing too.

At the time he liked a 9′ x 12# SA Bonefish leader. His Bauer Crabs come in olive and tan about the size of a ‘nickel’.

This is the biggest separation I have seen in anglers as far as general success goes in all salt water fly fishing. It is not necessarily long casting because much of it can be wading. It is casting in the wind because the best fishing can be when it is windy and the fish are less aware of your presence. Accuracy is important as well.

I recommend getting a tune up casting lesson, and doing some practicing with the outfit you will be using.

On the normal daily schedule you leave the lodge very early to see if you can jump a Tarpon or two before breakfast. After breakfast you check every flat, one by one, looking for Permit  “sign”. They swim with their dorsal fin right at the water’s surface if they are “happy”. This creates a wake that is very recognizable, especially on calm days. Their black dorsal and tail fins are very easy to spot on days like this.

Will stated when you get to a flat that has fish, one of the two anglers will get out with a fly rod ready and walk with the guide after the fish. He said the other angler will bring the boat along so if they hook a large one, they can all jump in the boat and chase it if need be. The boat handler will keep the boat close to the guide and fisherman but not right behind them in the back cast area.

When you are “up to bat” you get out of the boat and strip out some line, enough to make a 40 foot cast. Then strip it in letting some running line run behind you on the water on one side and some belly run along side you on the other side. He said to keep that crab in your hand so it would not get fouled up in the grass. Then you will be ready when you need to be. If it looks like you will be casting more than 40 feet, then strip out another 10 feet just before you cast. You aren’t normally going to be making really long casts because you need to be able to see what the permit is doing and be very accurate.

Will said that the side of the flat that is on the mainland side (west) is usually just grass and sand so if the Permit goes that way you can just let them run. He also mentioned that on the ocean side of the flat (east) there is more coral and a bigger drop off. This is the dangerous side and you must be careful if your fish goes that way. If it goes east you should run to the edge and hold your rod high with a light drag and then jump in the boat to land the fish in the open water.

David Westby likes to get the fly in front of the Permit on the first cast and not worry about spooking them.

Also when a Permit runs up to your fly and stops there is a good chance it might already have the fly in its mouth so slowly strip and if you feel tension, set the hook.

You need a good tide in Belize to get the Permit on the flats so I am thinking now that the dark of the moon or new moon would be a good week. The prevailing wind that normally comes in from the northeast is also important because it has a daily influence on tide heights.

Placencia guide Earl Godfrey, who is a student of David Westby, said that April and May was his best months for Permit but he also stated that he has had his clients catch them every month of the year too.

Bruce Leslie is my top pick for a good guide out of Placencia, Belize.

You need to be in the right place at the right time with the right guide. Then all you need is luck………

Don’t get discouraged while fishing for Permit. They are a very fickle fish. Worse than ‘Super Models’.

You should probably do some Bonefishing before you attempt Permit.

In addition to Belize, we recently uncovered a new fishery on the Yucatan peninsula, just 45 minutes drive north of Cancun.   Isla Blanca has lots of hungry, aggressive Permit, mostly under 10 pounds, that will readily take a fly!   This may be the best place in the world to learn how to catch Permit on a fly. Grand Slams are also quite possible, with lots of snook, baby tarpon, snappers, barracuda, seatrout, sheepshead, ladyfish and jacks there as well. The warm months of June, July and August are prime time for all species.

In my opinion, the best baby tarpon fishing in the world is at Isla Del Sabalo  on the west coast of the remote Yucatan, east of Merida, Mexico.

If you need any help planning a trip to the tropical salt water feel free to contact me because I have fished it for over 30 years.

I can also send you a good tackle and equipment list for salt water fly fishing. 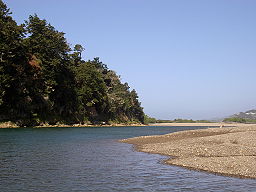 We were over on the Gualala River around Christmas and New Years in the 1970s. It was cold and gray over there. […] 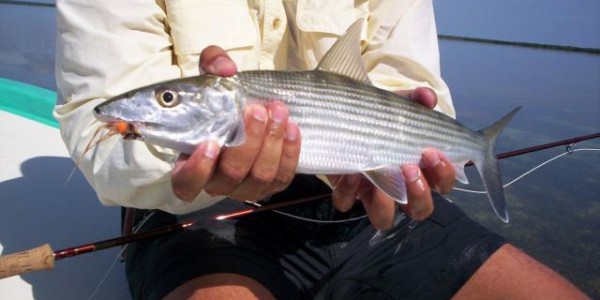 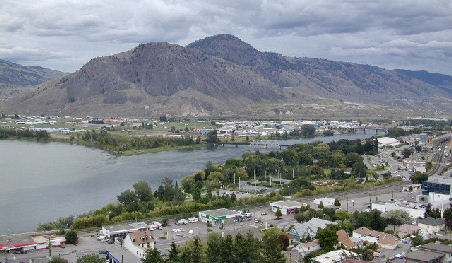 Date: June 2003 I have read about these wonderful shallow fertile trout lakes for most of my life. There are 220 lakes […]