I grew up in south Sacramento with Michael Bungay, who’s entire family was involved in cars, motorcycles and racing starting in the 1960s. Mike got into working on motorcycles and racing them early on and never gave it up. Today he has one of the world’s fastest vintage  350cc GP road racing motorcycles, a 350 Sprint, that was made in Italy by Aermacchi for Harley-Davidson.

Mike has a team of veteran motorcycle racers and mechanics that are responsible for the racing success of this amazing motorcycle. 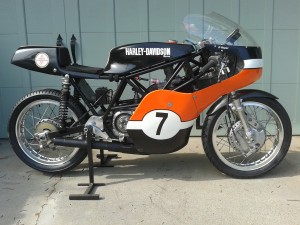 This is the most famous movie that shows the magic of riding motorcycles…..

This is another great motorcycle movie.